Now that we are more than a couple of months in, I’m finally able to discuss a memory I was actively trying to suppress. It is the nightmare that was leaving Pittsburgh. As we embarked on this journey, among the issues I was most worried about were (a) finding a place to live in Costa Rica, (b) renting our home in Pittsburgh to a nice family, and (c) buying a car here. At some point soon, I’ll do an entire post on purchasing a car in Costa Rica. I keep waiting to do that, however, because the saga continues. In fact, our car is with the mechanic right now. 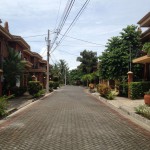 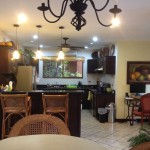 Heather enjoys cooking, so having a kitchen with the requisite amenities was a must 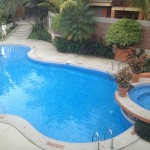 As for finding a decent place to live for a year, we’re quite happy with where we’ve selected. Sure, the water sometimes doesn’t come on and the power goes out fairly often (like three times while I was writing this), but we’re thankful to be in a lovely place in an excellent location. By the way, constantly not having water or electricity really reminds you to not take it for granted. 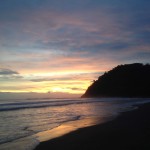 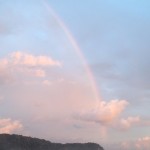 Rainbows are a regular occurrence

In any event, with respect to renting our home in Pittsburgh, not only was I concerned about leasing it to a family that was the right fit for our home, but I also was concerned about how the timing would work. Fortunately, we found someone whose timing fit ours perfectly. But then, their schedule changed.

We had originally planned to arrive in Costa Rica on July 1, 2014. Both the lease here and the lease on our house in Pittsburgh were set to begin on that date. At some point in June, however, we received word that the tenants needed to get into our home early. We knew it would be a little bit challenging and we knew we’d have to shuffle things around on the Costa Rican end. But we thought we could make it all work nonetheless.

As I have alluded to before, Heather is an expert at making lists. I’m pretty sure she secretly has lists about making lists. Thus, given her penchant for list-making and my compulsion with planning ahead to avoid any pitfalls, the move out of our house should have gone flawlessly despite the shortened period. It did not go flawlessly. In fact, I can say with the utmost sincerity, that, if given the choice, I would consent to being kicked in the groin by a random stranger at any point in the day for an entire month over having to go through that move again just one time. It was a complete and utter disaster. 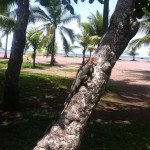 The iguanas outnumber the people in our community 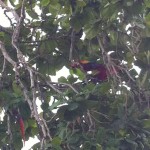 Because the family was renting our home furnished and because they also have small children, we decided that the move for us wouldn’t be that bad since we would be leaving a number of items for them to use. Heather’s list broke down items that were staying in the home, items that were going into storage, items that were being given to charity, items that were being discarded, and items we were taking to Costa Rica. We consider ourselves fairly minimalist. I bought a new car in 2000 and then drove that car for 14 years. Heather’s not someone who receives a paycheck and then immediately sets out on a shopping spree. Nonetheless, the amount of stuff we accumulated over the years of living in that house was beyond the scope of what we had realized. As a result, purging and organizing took us exponentially longer than what we had anticipated. Moreover, since the tenants needed to be in about a week earlier than we had originally planned, the timetable was tight. 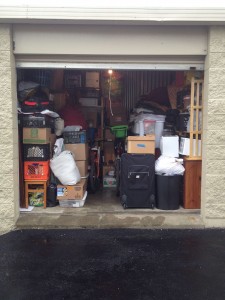 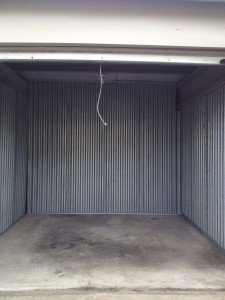 We arrived in Costa Rica on June 26. From June 23-25, Heather had a total of about 4 hours of sleep, which included an all-nighter with 0 hours of sleep on June 24. I have a vivid picture in my mind of a sleep-deprived Heather in a heap on the floor of our home with stuff all around her muttering something to the effect of, “How did moving out not make it on my list?” Really? The expert list maker didn’t include the critical component of moving out on her list? A considerate spouse might have comforted her by saying something like, “It’s OK, Dear. We have a lot going on right now.” I don’t recall exactly what I said, but I think Heather will confirm it wasn’t that.

Due to a combination of factors, there was a tremendous amount of overlap since we were moving our last items out while the new family was moving all of their stuff in, which wasn’t exactly a good first impression on our part. After spending the whole day with them, we crammed our remaining articles into Heather’s Mini Cooper, placing multiple items on our laps, and then said goodbye to our home. Shortly after getting on the highway, Heather remembered we needed to pick up one last prescription from a pharmacy. So we exited the highway, turned around, and went back to the area where we had just been.

We parked on the street. As Heather opened the car door, indiscriminate personal items poured out of our overstuffed vehicle. More importantly to Heather, as she stepped onto the curb, her flip-flop broke. I’m not saying Heather’s vain, but she does pride herself on looking nice. I’m pretty sure if she came out of the ocean and I told her I had just snapped a photo with a great white shark lurking behind her while she was swimming, her response would be, “Is it a good picture of me?”

As I watched my wife half-limp/half-shuffle to the pharmacy with a broken flip-flop, slumped shoulders and a confused look of bewilderment, wearing the same clothes she’d been in for 48 hours, with no sleep, shower, or make-up, I seriously wondered in that instant if we were making the right decision. It was an all-around sad sight. Unintentionally, Maddie made me feel even worse. In the most genuine, upbeat way imaginable, she said, “The good thing about this experience is that, if I ever do anything like it, I will have learned from all of your mistakes.” Yep. That’s what we were going for as parents. We strive to expose the kids to the most improper way of doing something so that they can do the polar opposite when faced with a similar situation. Mission accomplished.

Since we were technically homeless at that moment, the plan was to stay with my parents that night and then have them drive us to the airport in the morning. Given the amount of bags we had, however, we would need at least two vehicles to get everyone and everything to the airport. Fortunately, we already had left a couple of bags in Costa Rica on a prior trip (bags which I thought we would never see again, but were miraculously safe and sound when we arrived) and also previously had taken bags to my parents’ house in anticipation of the trip to the airport. Baggage fees vary a bit depending on the airline, but if they are overweight (51+ lbs.) or oversized, you will pay considerably more. Thus, an inordinate amount of effort went into packing, weighing, and measuring luggage to stay within the limits.

The night before we left, we realized there were additional items we wanted to bring. So a cruel game ensued of deciding which thing was most important to you. Much to their chagrin, items that didn’t make the cut were put in my parents’ basement. After all of that shuffling around and last-minute repacking, I wasn’t 100% sure of what we were bringing. Sure enough, when we unpacked in Costa Rica, there were items we thought made the journey that didn’t. The problem is that we have absolutely no idea where they are. They aren’t here and no one has found them in storage, in our Pittsburgh house, or at my parents’ house. I’m left thinking they must have fallen out of the car when we parked on the street that last night. Someone in Squirrel Hill is walking around right now wearing my clothes while reading Heather’s cookbooks.

Departure day finally arrived. Heather and I were so wearied by then, my mom and dad felt like they were dealing with two drunk people who weren’t all that intelligent to begin with. Based on the disorganized mess that leaving was, I could tell my parents were wondering how well we had the rest of this sabbatical planned. Were we even flying to the right country?

We loaded both cars and my mom and I headed for the airport. Heather, Maddie, and Atticus were supposed to be right behind us. I’m not sure if it was due to fatigue or due to a general lack of a sense of direction (Heather insists she has an excellent sense of direction, but maps and I disagree), but, despite her infallible sense of direction, Heather went the opposite way she needed to go. I found this out by calling her and gently asking, “Where the hell are you?” Heather always says it’s not a vacation until I exclaim in frustration either, “This trip isn’t going to happen!” or the phrase “We’re going to miss our flight!” As usual, she was striving to make a fashionably late appearance at the airport. So I ended up uttering both of those statements to anyone who would listen. 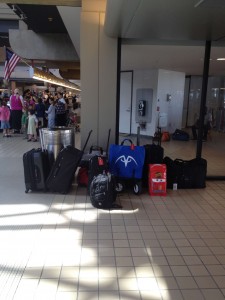 This was most of the luggage. Heather brought the rest.

After waiting with most of our luggage for what seemed like hours, Heather and Atticus finally arrived. By now, we were well past the appropriate check-in time for an international flight. As we were standing in line, a glass bottle of perfume fell out of Heather’s backpack which, of course, shattered on the floor. Meanwhile, Heather was attempting to corral a wound up Atticus (is it a bad sign when empathetic strangers offer you drugs to calm down your child?), and I was trying to keep up with 10 bags, a car seat, and a wagon. We were the spectacle that you don’t want to be behind at the airport. It was absolutely miserable. Again, at that moment, I sincerely wondered if all of the hassles, large and small, would be worth it in the end. 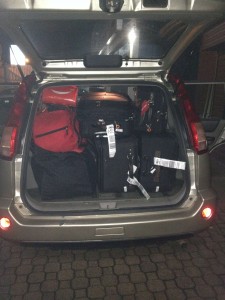 We were elated when everything fit in the rental car

Finally, we landed safely in San Jose. We drove from there to Jaco during a tropical rainstorm. After a brief scare due to the road to our place being washed out, we made it in our new home. Once we got settled, we checked email. I learned from my parents that, while we were flying, they had spent hours in the airport parking lot searching for Heather’s car. The very clearly established arrangement was for my mom to drop me off with most of the luggage, for Heather to park her car in the airport lot, and for Heather to text my mom with the location of the car. That last part never happened and my dad was not shy about letting us know it the first chance he got. We apologized, assured them that we actually weren’t idiots, and that we had this planned extremely well on the Costa Rican end. Thus far, all of that planning has paid off.

The answer to the question I asked myself several times is “Yes.” It is indeed worth it. In fact, we are so content right now, I think my next post might be entirely about happiness.

← Why generalizations are ill-advised
Happiness →