Although I enjoy spending time in other countries, I appreciate the U.S. for countless reasons. On the public sector side, we have tremendous freedoms not enjoyed by citizens in many societies. By our standards, the U.S. government has been gridlocked and dysfunctional as of late, but we remain a stable nation nonetheless.

I had an African politics class in college with a friend of mine from Mali. His father was outspoken against the government. So one night, the military came to their home and took his father away. He was never seen again. I felt a mix of sadness, confusion, and disbelief upon learning this. I also felt a profound appreciation for the protections we have in the U.S. Despite how you may or may not feel about our federal government, people don’t come up missing if they say something negative about it. 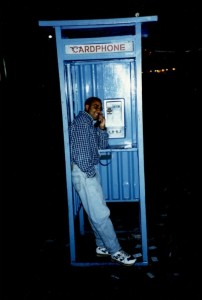 In any event, having what I thought was a decent understanding of African politics in general and Kenyan politics in particular, I went to Kenya ready to discuss how ineffective their current leadership was with anyone who would listen. But trying to engage folks who didn’t know me in a discussion criticizing their government was simultaneously naïve and arrogant. I’ll explain why below, but first a little bit of Kenyan history is necessary.

Kenya gained its independence from Britain in 1963. Its first President was Jomo Kenyatta. Daniel Arap Moi was Vice President during Kenyatta’s term and became President in 1978 upon Kenyatta’s death. Kenya was a de facto one party state at the outset, and officially became a one party state in 1982. In the early 90’s, there was a coalition of people pushing to change the government from a one party to a multiparty system. Those who were especially outspoken were jailed and tortured by Moi’s government.

So there I was in the country for one day, buying a Tusker beer with Kenyan shillings (of which the bills had a picture of President Moi on them) in a Kenyan bar with a large portrait of President Moi on the wall (just like every shop had) trying to get strangers to tell me how much they thought Moi sucked. Embarrassingly stupid of me, right? The reason I didn’t appreciate why they would be reluctant to openly discuss the inadequacy of their government is because I’m from a country that has true freedom of speech. For the record, freedom of speech doesn’t mean you can’t get fired from your job for saying something crazy about your company or even the government. It just means you won’t be imprisoned for it.

Back to why I like the U.S. On the private sector side, our worker productivity ranks among the best in the world. That productivity, however, comes at a cost. We are the only advanced economy that does not require employers to provide paid vacation time. Employers who can afford this luxury do so of their own volition. That means a lot of workers simply don’t get enough time off. Including paid vacation days and paid holidays, the average U.S. worker receives about 16 days off per year. To put that into perspective, a worker in a country like Germany receives closer to 35. Having owned small businesses and not being able to afford to give my employees the time off they deserved, I can understand the issue from both sides. But overworking people not only is not good for them, it’s ultimately not good for a company’s bottom line. The lack of vacation days, plus the constant pressure to stay connected with work via all sorts of devices, exhausts a lot of people and adversely impacts their home lives. Hence the need for a family sabbatical.

How we got to this point of wanting to take a year off to travel was from toiling away for the past decade with very few breaks. I have worked in a large law firm, in a Fortune 100 company, and have been a small business owner. There are a lot of stresses in the corporate environment, but arguably nothing compares to running your own venture (especially a restaurant). 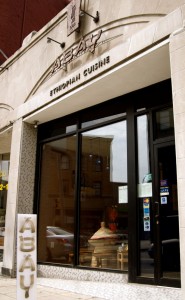 Outside view of Abay 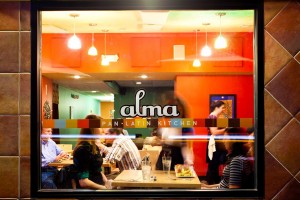 I bought a building in Pittsburgh’s East Liberty neighborhood http://eastliberty.org/ in 2003 and opened the city’s first Ethiopian restaurant in 2004. Years later, I opened Pittsburgh’s first Pan-Latin restaurant. Even with an amazingly dedicated staff, the amount of work which needs to be accomplished each day in a restaurant is staggering. I would look forward to Mondays because we were closed. But what I was looking forward to was going to the restaurant for 12-14 hours while no one else was there to do general office work and/or repairs. What it boils down to is that I worked 7 days a week for about 9 years straight in an environment with margins so narrow that every second of every day needs to be productive or the business loses money. Not only is that not a healthy way to live, it’s especially bad if you have a young child with which you desperately want to spend time. Our son, Atticus, is now 3. Because we began the process of opening the second restaurant months after he was born, all he has known of me up to this point is me working. We wanted to change that.

Despite the intense hours and the ups and downs of the industry, I am extremely thankful we owned those businesses. They have forever altered my outlook by allowing me to have a true appreciation for people who put themselves through the grind. Unfortunately for my wife, Heather, they have also tainted every dining experience we have. I can’t help but sit there and calculate what I think a restaurant’s buildout costs were, what their COGS are, and what their labor costs might be. Yet, despite my fascination with the business side of it, it’s clear that I wasn’t going to own restaurants forever by the way I answered the question of what it was that I did for a living.

The idea behind both concepts was for them to be cultural destinations first and foremost, and restaurants second. Some people dream of opening a restaurant their whole lives. Not only did I not have that dream, it never even crossed my mind once throughout most of my life. I had ample opportunity to have this thought. Due to hectic work and extracurricular activity schedules, our family ate out quite a bit. I guess I must have looked around and intuitively concluded it was a hellish way to make a buck, and then never even let the thought enter into my consciousness. When the restaurants were open, I still viewed myself more as a lawyer and entrepreneur than as a restaurateur. Now that we’ve sold them, I’m not sure what I am. I guess just a husband and a dad. 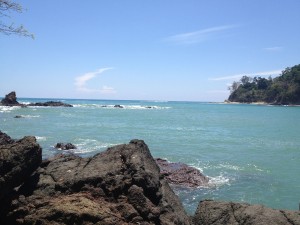 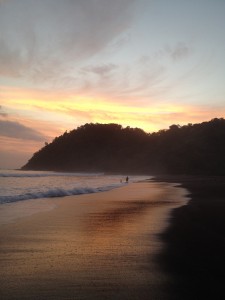 Back to the initial question of “why do this?”. The answer is all of the above. We wanted to be immersed in a Spanish-speaking culture while taking in the amazing sights Costa Rica, Nicaragua, and Panama have to offer. Most importantly, however, we wanted to bond as a family and refocus our lives on what is truly most significant. The family-bonding component is vital even if, after only a couple of weeks, I’m already ready to tell Atticus that he should go to law school.

← Introduction
What do we hope to gain from this experience? →